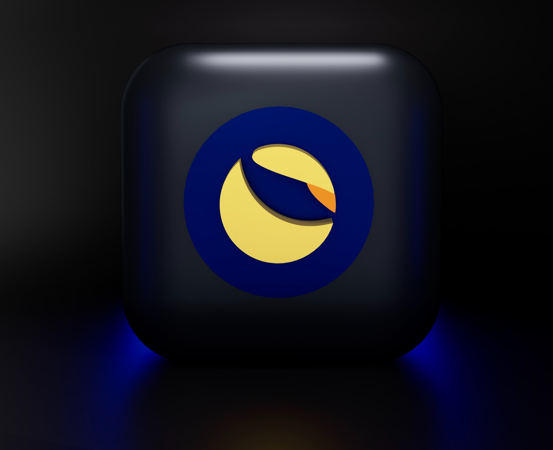 What Happened to Terra Luna? The $45 Billion Crash.

The Web 3.0 world has seen a lot of buzz in the recent years. Individuals and institutions alike have shown increased interest and uptake of Web 3.0 offerings such as cryptocurrency, a product of the blockchain technology. Bitcoin has been at the center stage of the crypto craze and has seen people make huge profits while others lose. The fear of missing out on crypto opportunities has seen a great deal of capital move into different cryptocurrencies. One of these cryptocurrencies is Terra Luna. Terra Luna saw massive adoption, and in a few years saw great exits which would lead to its collapse. What really happened?

Co-founded by Do Kwon, Terra Labs created Terra Luna, a crypto currency which adopted a stable coin maxim. Stable coins are coins created to ensure stability by being pegged to a currency that guards it from wild price swings. The wild price swings make it hard for crypto to be a store of value. Worse yet, conservative or risk averse investors do not like the wild swings as this does not guarantee the safety and assurance of a degree of return that good investments have. Terra Luna was pegged to the US Dollar which would help stabilize it. One Terra Luna was equivalent to one US Dollar.

Terra Luna promises 20% a year on deposits which was attractive. This is a return higher than most banks and investment funds offer in a year. It was attractive.

Terra Luna used an algorithm experiment that was mainly designed to stay at par with the US Dollar. The system was designed to keep Terra Luna at an equilibrium with the USD despite what happened to Terra Luna’s market price. To counter any price dips, the algorithm would create more tokens to maintain an equilibrium to the Dollar. This was an equivalent of printing money in an ailing economy, as it is widely known, effects of such doings are devastating.

In January, 2018 Do Kwon and his co-founder started Terra form labs that would be backed by fifteen e-commerce companies from Asia. This would see Do Kwon named among the top Forbes 30 under 30 in 2019. Everything looked bright for Terra Labs, Terra Luna, Do Kwon, and stakeholders. Unknown to these parties was a looming management crisis.

Kwon would be later accused of mismanagement, verbal abuse, and disregard for ideas from his management team. Members of his core team expressed dissatisfaction in Kwon’s way of management and left. Within 1 to 2 years, most of Terra Lab’s core people left with legal disputes, which would later deal a blow to Terra Luna.

Unbothered, Do Kwon continue running Terra Labs almost alone. His decisions would eventually lead to the collapse of Terra Luna and its loss of billions.

People adopted Terra Luna in masses, which saw it grow fast. On top of the 20% annual yield, Terra Luna allowed for withdrawals on demand. Clients would withdrawal money whenever they wanted to. It was an enticing venture, and to both Kwon and investors, this was the ultimate road to a successful cryptocurrency.

As more people on boarded, huge returns were being made. Terra Luna’s price would keep soaring. This translated to daily payouts of $7B a day. Do Kwon and his team might have not been skeptical of the effects of such a demand on a new venture. The investment was appealing and to skeptics, it was too good to be true. US Senator Elizabeth Warren categorically called for the regulation of such ventures. To her, they were modern day Pyramid Schemes.

Terra Luna would grow to become the 4th largest cryptocurrency in market cap.

The huge returns than needed to be paid on demand were a ticking time bomb. In 2021 cryptocurrencies started spiraling downwards, Terra Luna would maintain a relative stability. However, this would not last for long. Terra Luna’s price consequentially started to decline. The coin had in April 2022 reached a high trading price of a $100 a token, which gave the whole system a market cap of $45 Billion.

Upon a price decline, the system would create more Terra Luna tokens to keep up with the Dollar equilibrium. It would work for the short term, but a fail in the medium term. People started withdrawing their funds especially because of the crypto sell craze that was happening globally. Then massive selling of Terra Luna started, people were literally withdrawing their funds in masses. It was alleged that there was a $4 Billion dump that might have heightened the selling pressure on Terra Luna. The matter is still under investigation.

Do Kwon, on the 4th of May, 2022 filed to dissolve his company at the South Korean Supreme Court registry office. His quest was approved. This was days before the massive downturn of Terra Luna. On the 9th of May, 2022, Terra Luna would drop to 92 cents deviating from its 1 dollar price peg. The system started generating more tokens but this would not work. The price kept falling, it dropped to 85 cents then to 70 cents.

People continued to pull out massively. Some investors panic sold to save the little they could. It was practically a wildfire. The Luna Foundation Guard announced a $1.5 B emergency bailout in a bid to restore Terra Luna to the dollar price peg. This would not work.

The Terra Luna network was congested by increased and simultaneous pullouts which further saw the coins price tank to 50 cents. It fell more to 20 cents, further to 5 cents and then to virtually zero. Terra Luna now sits at 10 cents.

Terra Luna had reached an all-time high of $119. The collapse to almost zero saw its market cap wiped out by $45 Billion. The event was unfortunate and would be referred by critics as the 2008 crisis of crypto. The happening is a lesson that one should not be quick to invest in things that they do not understand.

There are allegations that there could have been a collision by hedge funds to short Terra Luna in a bid to sabotage and crash it, something that remains unclear to date.

Simple Ways that Would Have helped avert the Crisis

It would be awesome if you understood how to invest in crypto.

The Gold Demand, is the Supply enough?

Are Offshore Markets better than Onshore Ones? Chasing Liquidity.