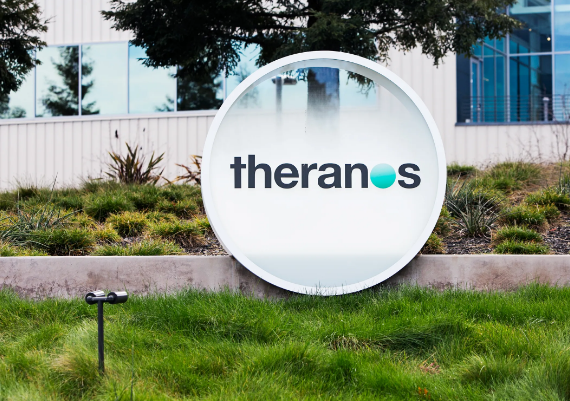 Elizabeth Holmes founded Theranos in 2003, at the age of 19. It is in the same year that she dropped out of Stanford. Elizabeth Holmes believed that she had arrived at a breakthrough that would change the medical landscape despite her limited knowledge and experience in the field at the time. Theranos was fronting a technology that would see a blood drop show myriads of diseases upon testing. A patient would have a single prick on their finger and the blood pushed into a cartridge. The cartridge would then have the blood tested on a Theranos machined named Edison. According to Elizabeth Holmes and Theranos, the machines would detect up to 250 diseases.

The advantage over traditional and legendary lab tests that Theranos allegedly brought was, a faster and comfortable testing process that would further bypass the need for a doctor.

The volume of blood sent to the cartridge was small and needed to be diluted to give effective results. Over dilution would lead to less accurate results.

Moreover, the parts in Theranos machines would have hiccups especially when placed together. This included heat and light emitting parts that conflicted in the machines and would negatively affect tests.

A member of the Theranos sales team recognized that the company’s financial projections were not realistic and unreliable. He would blow the whistle and this rubbed Elizabeth Holmes in a not so good way. She went on to fire everyone who blew the whistle in Theranos.

It was noted that Elizabeth Holmes tried to match Steve Job’s prowess. She would be seen hiring Steve’s choice of marketing company, she would further set events on similar days to Steve’s. Elizabeth Holmes clearly wanted to be like Steve Jobs. This could explain why she managed to win Apple employees to Theranos. However, Holmes imitation of Steve Jobs would not work.

Due to Elizabeth Holmes manipulative trait that was marred with allegations of fraud, all employees that had come from Apple would leave in a couple of years.

Elizabeth Holmes had her then boyfriend Sunny Balwani involved in running Theranos. Sunny was an immigrant of Pakistani descent and fronted himself as a software developer who had prior experience from Microsoft. The two were in sync and made key decisions for the company. Elizabeth and Sunny were severally accused of intimidating employees, which included watching and monitoring work hours to ensure maximal productivity. Worse yet, the two would be involved in spying their employees outside work to ensure that no information was shared on Theranos misgivings.

Theranos would see more capital and non-monetary commitment from investors. Walgreens and Safeway would commit $105 million in investments and loans to Theranos. The two companies did not do thorough due diligence on Theranos which would later lead them into losses. Safeway is categorically cited on rushing its bid to commit to Theranos to avoid missing out on the innovative technology. By 2014, Investors had staked a good amount of capital that valued Theranos at the company at $9 Billion and Elizabeth Homes at $5 Billion.

Elizabeth Holmes would get a celebrity status in 2014. She was the youngest self-made female billionaire at the time with an entrepreneurial acumen. She was covered by most of the serious business and investment journals across the globe. This would later see Barrack Obama appoint Elizabeth Holmes as the global entrepreneurial ambassador. She would later quietly step down from the position in 2016.

Tyler Shultz, who worked in Theranos got concerned about the lies that the company fronted to its stakeholders and public at large. Tyler Shultz, a grandson to George Shultz a former US secretary of state who sat on the Theranos board, would tip off his grandfather. However, Tyler’s grandfather remained unconvinced and sided with Theranos. Tyler together with like-minded individuals decided to inform the Wall Street Journal in what would lead to a series of investigations on Theranos from the media and authorities.

Included in the media expose was that the tests that Theranos prided itself in were run on third party machines. This was contrary to the belief that Theranos ran tests on its own machines. In 2015, the Wall Street Journal exposed Elizabeth Holmes but she would later deny the claims on live television. She personally reached out to Rupert Murdoch the owner of WSJ and an investor in Theranos requesting him to kill the story. Rupert Murdoch declined the request citing that he trusted the editors to handle the truth irrespective of its nature.

The Food and Drug Administration (FDA) would follow with a surprise investigation in Theranos. The investigation would find out that only 12 tests out of the 250 promised could be delivered. Further, the 12 tests were not all correct which confirmed the fraud claims levelled against the company.

Effects of the Theranos Expose

Elizabeth Holmes broke up with Sunny and fired him in 2016. The Securities and Exchange Commission (SEC) followed with a probe. Investors started suing, one after another. Partner Fund Management sued Theranos for 100m while Walgreens sued for 140 million. Theranos would further pay a $4.5 million fine to Arizona State where she ran part of her blood tests on patients. In September 2021, a class action law suit by patients from California and Arizona followed against Elizabeth Holmes, Sunny Balwani and Walgreens. These patients had received blood tests from Theranos.

The Elizabeth Holmes and Theranos account of events is arguably the biggest deceit or worse yet, fraud, that Silicon Valley has had since its inception. Besides taking away millions of investors’ dollars, Theranos and Elizabeth Holmes put patients’ health at risk.

What should I consider in the Psychology of Trading?

How to Tame Inflation. A Paul Volcker Concept.