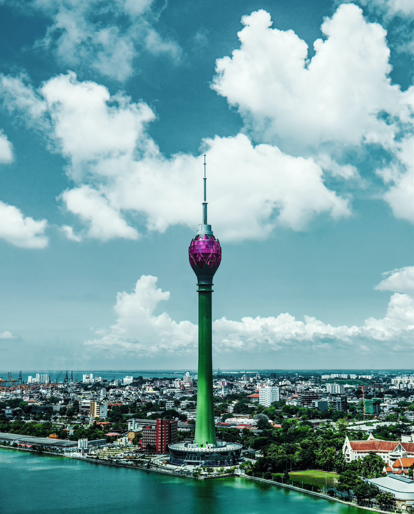 The Sri Lankan economic crisis has hit headlines over the past months and continues to grab world attention. What exactly happened, why is it happening and what can we learn from the situation Sri Lanka is currently in? The country has had a stable economy over the years until around Pre-Covid times, 2019, its major revenue earners were shaken. This was worsened by bad government policies that would later affect the country.

Tourism, a major foreign income earner for Sri Lanka, was affected by terrorist hits in its city of Colombo, quite coincidental as COVID would hit the sector globally a year later. It was no longer safe for Tourists to keep touring, travel advisories would be given resulting to dwindling foreign income. Further, the government banned fertilizers in a bid to move the country towards an organic and allegedly sustainable mode of farming. To the government’s surprise the country saw a sharp decline in crop yield and meant strained food supplies for the country’s population.

The government of Sri Lanka has had significant trade deficits where it imports more than it exports. In such situations, a country will mostly need foreign currency to sustain the imports. The country has been accumulating debt and to add its struggling economy, is mismanagement from the Executive that has recently been challenged by the people of Sri Lanka. Commodity prices have been on a solid rise making life hard for the country’s citizens. Wheat and maize are now fetched at a premium. Fuel is rationed to the extreme of measures where two people have died while in waiting lines, which can last for seven days before one gets a max of five liters of fuel.

Unprecedented was the March 19th 2022 cancellation of exams because paper could not be afforded by the government for the country. Education is a supportive pillar to a country’s future and such an occurrence puts the country in a retrogressive state in a globally competitive world. The country’s foreign reserves have been dwindling as the government tried to fix deficits on a priority basis until it was no longer sustainable. The government went ahead to increase the value of its Rupee against the dollar in a bid to stabilize the economy, which was evidently a wrong move.

The central banks and formal banks were giving less rupees for the dollar on their exchanges, while the shadow banks and unofficial channels were giving more rupees for the same dollar. This made foreign remittances abandon formal channels leaving the government with significantly low foreign reserves. The country is now is an economic sorry state that has negatively affected lives of the millions of citizens. While the President of the country has had to flee, the remaining government officials are seeking for external help from willing countries and organizations such as the International Monetary Fund (IMF).

India has so far expressed willingness to offer credit lines to the country. IMF has conditions that it needs met before it offers loans which include having a functional government in place. The country hopes to replace its President in the coming week and hopefully get a positive and gradual turnaround of its current crisis. Sri Lanka is arguably an example of many economies in the developed world that might head into crises if not carefully managed. What do governments and people have to learn from the happenings in Sri Lanka?

What Do You Need to Know as a New Trader?

A DIVE INTO THE GLOBAL CHIP SHORTAGE